Year of the Graphs

How many of you remember the red and green graph sheets we used during middle/high school? Do kids plot on an actual graph sheet now or do they use an app? But if you are of my generation, you surely remember making that trip to the nearest stationery shop to buy graph booklets. This was always a sombre journey for me, with Amma exploding like Mount Vesuvius because I would've remembered the homework in the last minute. I think each sheet was 25p or less then. Why am I randomly remembering this…it’s because of all the graphs doing the rounds now. 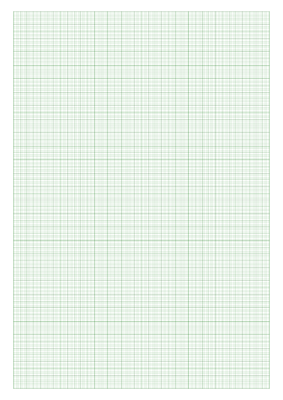 Those days, just when I thought I’d have a brain aneurysm trying to bisect a line with a compass, this abomination of plotting graphs was introduced in the syllabus. And the thing with graph sheets was that they had to be handled as delicately as the Dead Sea scrolls. Your Nataraj or Camlin Flora HB pencils had to be sharpened to the right point – too blunt and you’ll be off by millimetres, too sharp and for sure the damn lead would break, and that scented eraser would create a smudge…and a tear in the sheet if one got a bit angry about life.
My first brush with the dreaded graph sheet was during Algebra—at least that’s my first memory—when we learned that a straight line could be represented by an equation: y=mx+c. It was only years later that I understood the significance of the equation…indeed if one did a linear regression on the rate of change of my concentration on studies, it would be a steep, negative gradient. But at that point in time, for a girl who was more interested in the affairs of George Michael’s heart during last Christmas and coming Christmas…fat chance convincing her that finding the slope of a damn line is important in life. Nonetheless one had to plod …plot on. Okay, it was not so bad, I reconciled, it was just straight lines…because by then there was something worse round the corner. Vernier calipers. You’d think what’s the big deal—it’s straight forward to determine the least count of the accursed calipers or find out its zero error. That’s because you are blessed with normal IQ, healthy concentration. Some of us were more interested in Jason Bourne’s memory problems and zoned out when the good teacher was demonstrating the usage of this instrument. I couldn’t for the life of me visualise a single situation in my future when I’d be using Vernier calipers, but the more I struggled with it, the more I was convinced it would be my weapon of choice for a homicide. Okay, involuntary manslaughter.
By the time I found myself blinking in a science degree course, I realised the inescapability from graphs…these were surely encoded in my horoscope like some rahu or ketu presence. By then I considered myself a war veteran…I mean I had survived plotting three-dimensional vectors. I had discovered an escape route so to speak, thanks to other fellow sufferers, especially in physics and electronics (don’t do this kids)—most of the time you’d know the shape of the expected curve, so even if your experiment went wonky, you just needed a steady hand to draw that curve, and then mark your readings on or as close to the curve as possible, with some outliers to prove credibility. This probably saved my life when I had to plot the Zener diode I-V curve. Why, just the other day I saw a graph published by NITI Aayog which predicted that COVID-19 cases would drop to zero on May 16th in India. I tell you, I felt a jolt as if I’d spotted a kindred spirit…that artist could’ve been me…I could sense that steady hand and slick turn of wrist in the curve (granted it would’ve been done on a computer but you get the idea)­—poor rookie employee I’m sure, under pressure to show a certain type of scenario…and no one reviewed it till the top man unwittingly presented this.
A few years into my job, my relationship with graphs had totally stabilised—like how we’ve all accepted the reality that coughing in public will be deemed more reckless and threatening than walking around naked with an assault rifle. At work, I was throwing about graphs in every direction, in every meeting. In the corporate world a graph becomes an immutable truth—you can present 20 slides on your argument or you can stick one slick pie chart or bar chart; the graphs won the argument always. You want to convince the customer how you can increase productivity because your team comes with a different DNA strand than the competitor’s? Ha! The jet-lagged customer will probably yawn into your face showing off their tonsils. But present the same information in a graph with all sorts of trend lines…
When I eventually quit the corporate scene, I thought I was done with graphs for good. But no, within a couple of years I was staring at boxplots in preparation for a masters. Again, I thought after all that academic penance, I had sort of exorcised graphs from my life. And what do you know…everyone and their uncle started shouting “flatten the curve!”  If someone had told me, say in the beginning of 2020, “flatten the curve”, I would’ve naturally assumed this was in reference to my overly healthy body, and my response would’ve been on the lines of “which curve exactly, asshole?” Dammit, now it’s a rallying cry to save human civilisation.
I empathise with Charlie Puth when he laments that he’s “just a sucker for a cold-hearted lover”…that sums up my troubled relationship with graphs. These days, graphs go by a sexy name …data visualisation. That’s graphs in high heels and a black number. That's why even the wisest of men are so enamoured with the curves that they forget every point on that seductive bend represents human lives.
Now, if you'll excuse me, a scatterplot is waiting to be divined.