I held my niece for the first time on her first birthday. We studied each other warily. Inky black eyes returned my stare. All I could register at such close quarters was a tight shock of curls and a drooling mouth that was always trying to find things to chew. I guess all she could register was my nose. She patted my face with her chubby fingers, tested her grip on my already weak hair, tried to chew through my mangalya and finally settled down to using my lap as a trampoline.

My sister nonchalantly said Hamsa becomes hyper during sleep-time. Sure. By then I could not feel my thighs. I saw Hamsa staring intently at my ears. No, I shook my head. ‘Nononononononononono,’ she replied and finally did manage to nip a bite. Order was restored after a teething spoon was given to her to chew.

Lunch was announced and Hamsa was now taken over by other laps and ears. As I neared the dining area, I felt unusually light. Maybe Hamsa had beaten out some calories off me with all her jumping, I thought. It was then that I realised that I was feeling light because my saree was coming undone; I was in an almost-Draupadi state in the middle of the dining hall, even as other guests trooped in. There was nothing to do, but to turn towards the wall, bunch the saree and tuck it all back in. I now looked as if I was expecting quadruplets.  Hamsa! Silent little ninja...efficient mischief maker. She’ll keep up the family name.

Hamsa and I got to know each other pretty well over the next couple of days. I nodded 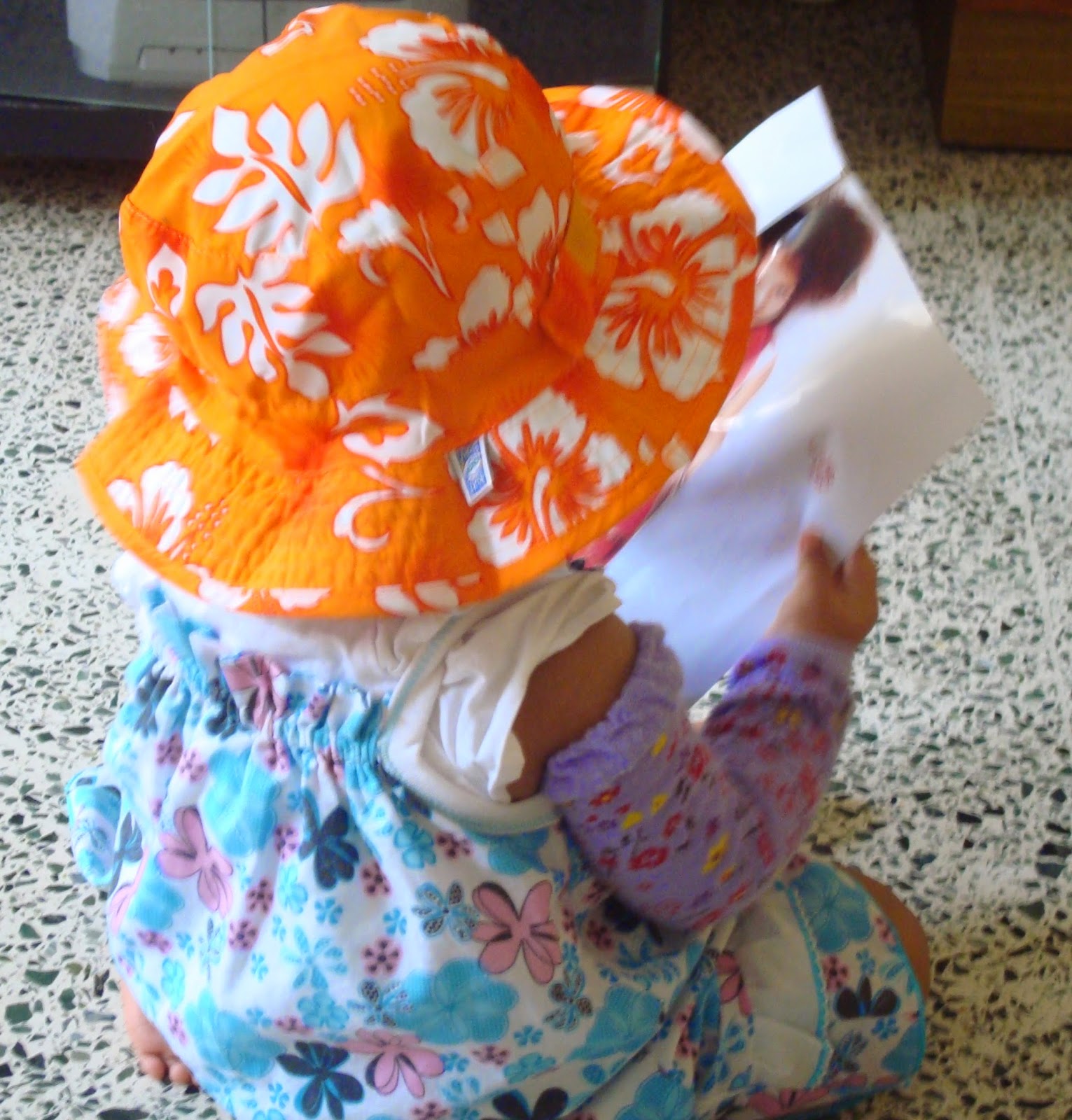 satisfactorily when I figured this girl, like me, thinks sleep is unnecessary. Indeed the closer we got to her nap time, the more Hamsa would act like Mick Jagger, trying to prove she is not sleepy. There’d be a tremendous battle of wits between my sister and Hamsa...of course Hamsa almost always won.  Then there was that evening when we saw Hamsa flipping the pages of a magazine. We beheld the sight with a quiet pride. Yeah it’s silly ...I am sure Hamsa was plotting on tearing a page and shoving it inside her mouth before her mother could pounce. Guess my sister also thought the same, I saw her entering a crouching position to take the pounce, should the need arise.

Most mornings, Hamsa and I would spend some time on the balcony – I had to keep her distracted so that my sister could take a shower in peace, and Appa could go for the day’s grocery shopping. I’d show her crows and pigeons and she would look at me in disdain. Buses interested her a bit, but only if they blared the horn. But mostly, the brat was interested in clutching at my earring and pulling it out – with the earlobe if possible.

I managed to keep my ears out of her reach, but my luck ran out. I often wore this salwaar with a bit of mirror work sewn in. Hamsa seemed to love it – the minute I’d lift her up, she would set to work immediately, trying to pluck out all the shiny things with a wicked determination. Then I figured if I sat in a particular sunny spot, the mirrors would reflect the light on her – little golden spotlights on her hands and legs and she’d go crazy looking at her hands, her laughter spreading like soap bubbles, and smiling faces would pop out of other balconies. I now had found the trick to keep her away from my ears. But I had just the one salwaar with mirror work. Whenever I was in a plain one, she’d look closely for the mirrors and stealthily, her hands would proceed towards my ears.

One morning, I was in the right salwaar, but it was a cloudy day. Hamsa was in a bad mood too. She kept grumbling in her baby talk, and, just to be polite, I too grumbled about taxes and all that. She liked it – yeah looked like she loved a good rant now and then. So the more I discussed the tax situation, the louder her gobbledegook became. Then, we paused to take a breath. She was back to trying to pluck the mirrors on my dress. Then she stopped and looked at her hands. No dancing spotlights. She looked at me and I said, whatever it is, don’t do it. She tried to lick the mirrors and bite them free. I was distracted only for a moment ...man she was quick...my ear was in a toothless mouth within a second. She remained insanely triumphant for the rest of the day. 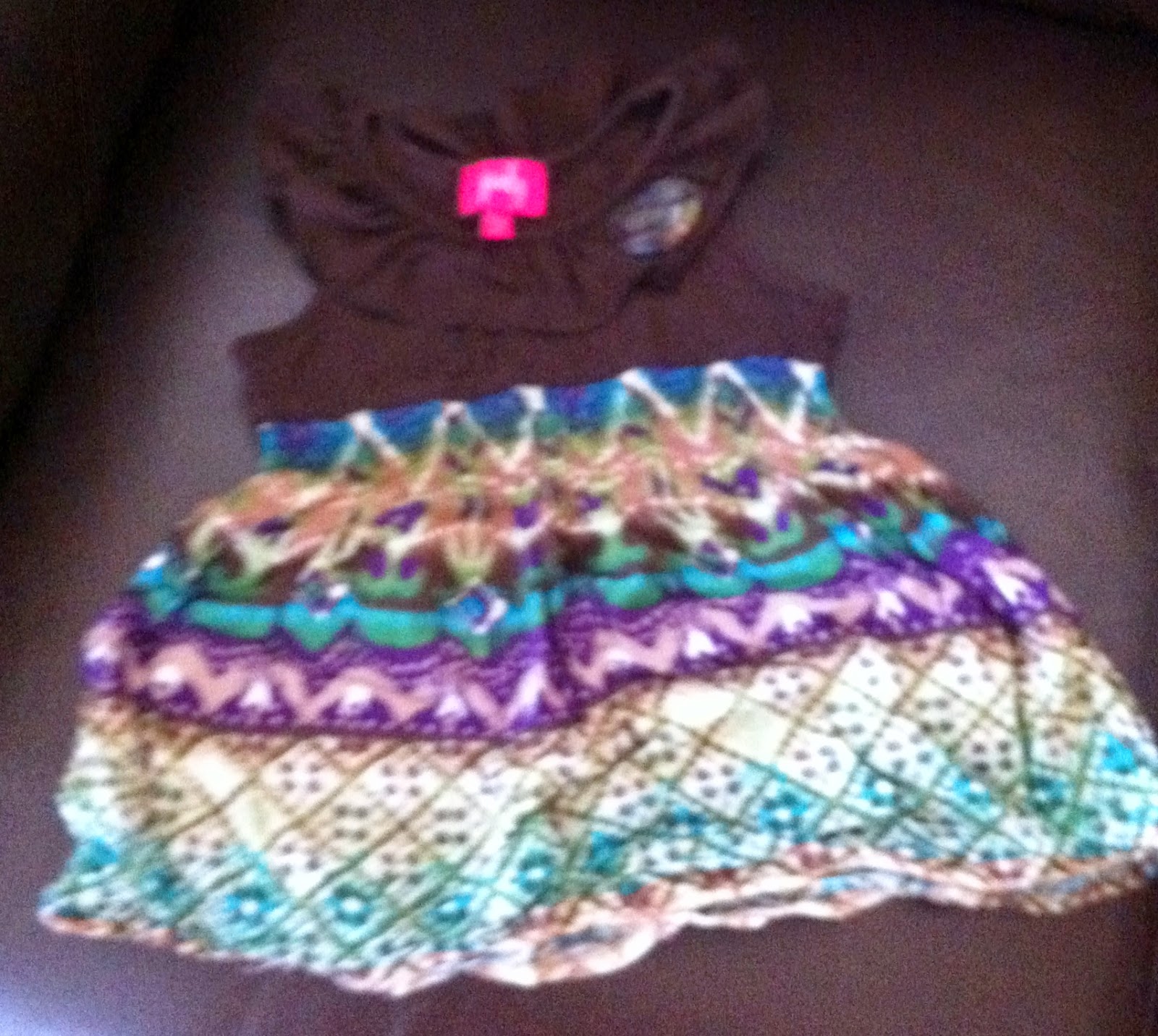 She’s now three, and before we know it, she’ll be thirteen, eighteen...but I have a keepsake. The frock she wore during The Battle Of The Ear-Bite. I have to settle scores...I’ll be the senile aunt who embarrasses her on every birthday. Wait till you turn 16, Hamsa...heh heh heh...