India In My Backpack


It’s been a while since we've stayed in a hotel for a holiday, here in the UK. The white sheets smelling of a funny detergent; the tray with the creamers, tea bags and teensy packets of Nescafe...not to mention two sad cookies in clingwrap; windows invariably looking out to the parking lot or the service entrance – all comfortable no doubt, but so...so insipid and unremarkable.

But it’s not even that fancy notion that has put us off the hotel circuit. It’s more of a practicality – food. Despite being a vegetarian (of the Iyengar variety), I’m quite spoilt for choice for great food – even in the remotest parts of this country. But on a long break – there’s only so much pasta and soup and curry one can have. Before long, the palate rebels and I start hallucinating for a plate of puliyogre. Or...damn the bread and cereals for breakfast...how nice to have a plate of hot upma followed by filter coffee? Culinary hallucinations aside, the problem is more with dinner. Returning to the hotel after a long hike, the last thing I want to do is to comb the hair and powder the nose and head out again...in search of a restaurant. Given the fact that we mostly take breaks in rural locations – the restaurant-hunting-for-dinner becomes another trek. There’s always the village pub of course – but ‘getting ready’ for dinner after a gruelling day of walking, walking, walking is a horrid chore.

So the long and short of it is that we take our breaks in self-catering cottages. That’s when I realised how easy it is to carry India in a backpack. And how quickly, like a cat, it takes very little for me to make a place ‘my home’. Also, many of the places I’ve stayed in bring back a piece of my childhood in Bangalore. The Bangalore where one could hear birds all through the day; where people respected plant life – if a coconut tree obstructed the projection of a balcony, no problem...one just left a circular opening for the tree and built the balcony around it; where there was a general quietness for the best part of the day; and more importantly – the cooking sounds that was such an integral part of this tapestry.

The self-catering is also a teensy rebellion against the corporate culture – they take my money and in return, I get wifi and blandness? No thank you. The holiday homes are mostly family-run. I’d rather give my money to such entrepreneurs who give me so much more than ironed sheets. They give me views and moments and memories.

For example, we stayed in this cottage in Derbyshire. In a previous avatar...somewhere in the 1800s and early 1900s, the cottage was a cow shed :) And a century or so later, there I was – turning a tiny portion of this lovely cottage into India. The transformation does not take much effort. I belong to the non-Tupperware generation. This means I have an obsession of reusing dabbas...like how, back during my childhood, empty Horlicks glass jars became the thoor daal dabba and Bournvita plastic bottles were airtight enough to store chaklis. So in my kitchen, most of my lentils and pulses are stocked in reused Nescafe and jam jars. For holidays, I have smaller bottles - ones that stocked tomato puree or honey on retail shelves. 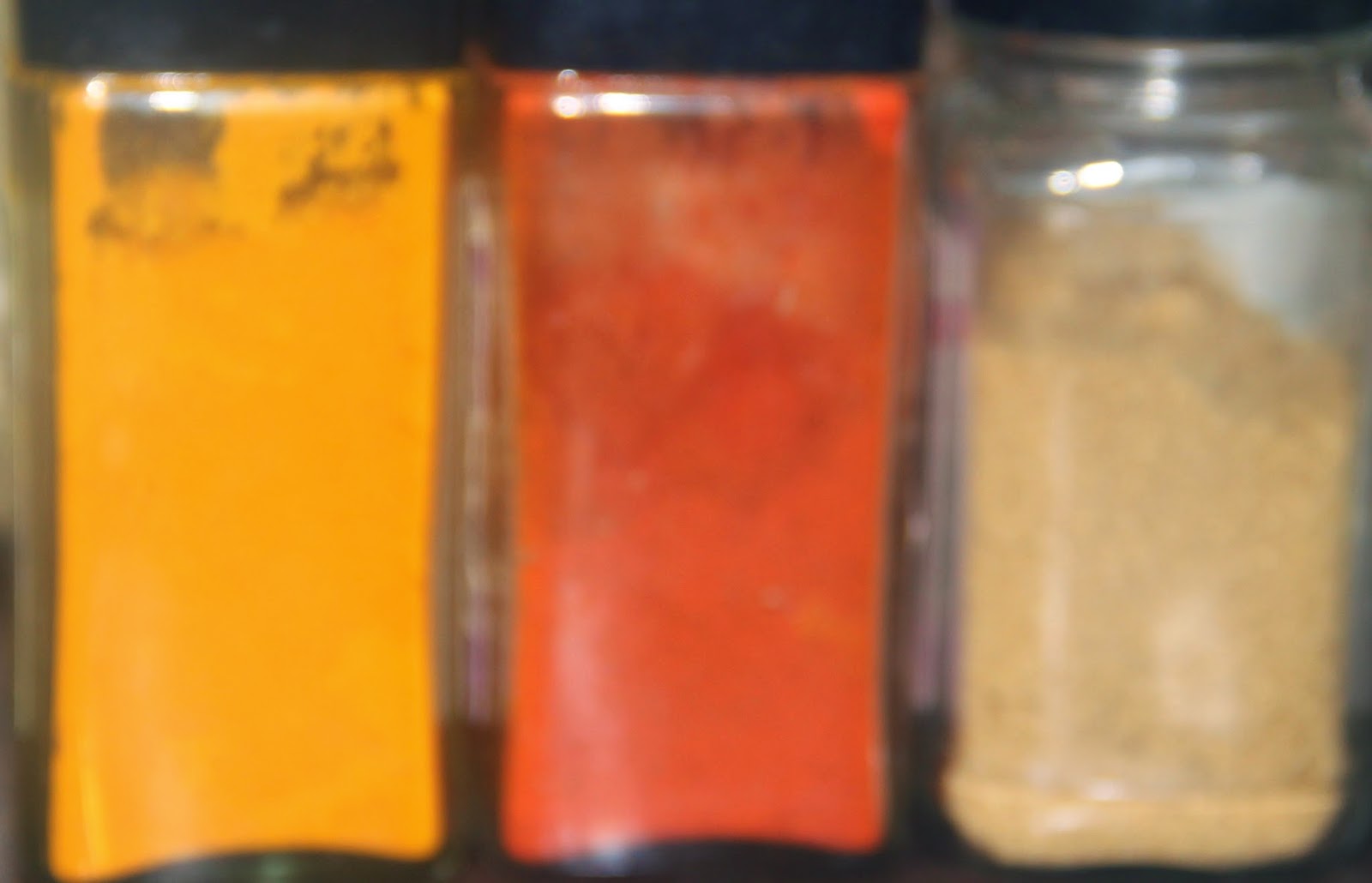 Now, line any kitchen counter with my reused bottles – all so colourful - the golden yellow of the turmeric; or the earthy brown of coriander pudi; the rich redness of the kashmiri mirch; or the grainy black of mustard seeds. Add to this...the Most Important Appliance an Indian can’t do without – a much battered pressure cooker. Mine is not even the sleek Hopkins one – I can never figure out how to put the lid on for that. No, mine is sturdy-as-a-tanker Prestige pan. And that’s it. The pressure cooker and the spice dabbas - the kitchen becomes a perfectly workable Indian one. The English cottage will now hold aromas similar to that of a house in Melkote...once my hing and mustard and tamarind start their work :)


Sure, it might seem as a chore – this cooking and cleaning up on a holiday. But for me – the food is ALSO a part of the holiday. A bit like those people in Chandamama who’d set out to meet their relatives in a neighbouring village – a 2-day journey by bullock cart. The journey, a holiday in itself, enriched by chaklis, kodubales and all kinds of savouries, packed in porcelain jaadis or jars.

So imagine staring placidly at scenes such as this; as you wait for the third whistle of the cooker. That’s holiday for me.

Or, after a mid-morning five mile walk on the countryside, just as you are climbing a steep cobbled street, the noon sun quite drying up the tongue – I can assure you, no smoothie or soda can do the work of chilled yoghurt on hot rice – yes – the good old mosaranna.

Or of sitting in a spot such as this; thinking of nothing and everything, the mist curling around your feet – and then enjoying a pleasant walk back home, knowing you’d soon be united with an adhrak chai.


Or of venturing out on morning such as this...the wind sharp enough to behead; only because there is a strange beauty when the dark clouds droop to the sea – and rushing back home to a lunch of hot rasam with roasted papad to unfreeze the bone marrow.
Or of sitting out in the sun, Kishore Kumar or Dr.Raj playing on the iphone; dozing off on a book that smells of mothballs, occasionally swatting the buzzing bottle flies, reaching that state when you can’t make out if it is the buzz of an overhead glider or some giant fly, and finally jerking awake when the church bell tolls...and realising it is time for lunch...tadka daal (with a fresh lime squeezed over it) and roasted aubergine, roasted tomato, baked potato...all mashed and spiced with green chillies, coriander and a dash of finely chopped onion as a side...

Or of sitting under some old, old yew tree overlooking a lake...and eating chapathi rolls stuffed with beans and carrot palya.

Or of patiently waiting for the sun to set, just to see the sea turn molten metal, without having to worry about restaurant reservations...and after that lovely sunset, you can walk back in the purple twilight thinking of nothing more than veggies tossed in hot Maggie...spiced with some dried oregano. Yes, that’s holiday for me.

And that’s how I carry India around – in the food, in the aroma, in the music. Consequently, the whistle of my pressure cooker, the hissing of my mustard or cumin tadka, the sizzle of finely chopped onions in heated oil seasoned with curry leaves and green chillies... all these have added to the music made by the church bell, the the song thrush and the robins J Now that's an audio imprint on the English countryside!