A Fortnight Of Letters

I never figured receiving a handwritten letter can make one so hand-clapping happy. I mean I’ve never had anyone write to me and post a letter – ever. When I say write, I mean actually write – bending fingers to hold a pen and all that. The only posts that come in my name are bills, coupons and catalogues. So imagine my delight when I spotted the letter, hiding shyly behind a catalogue for holiday cottages. Of course I’d been expecting it – but still. 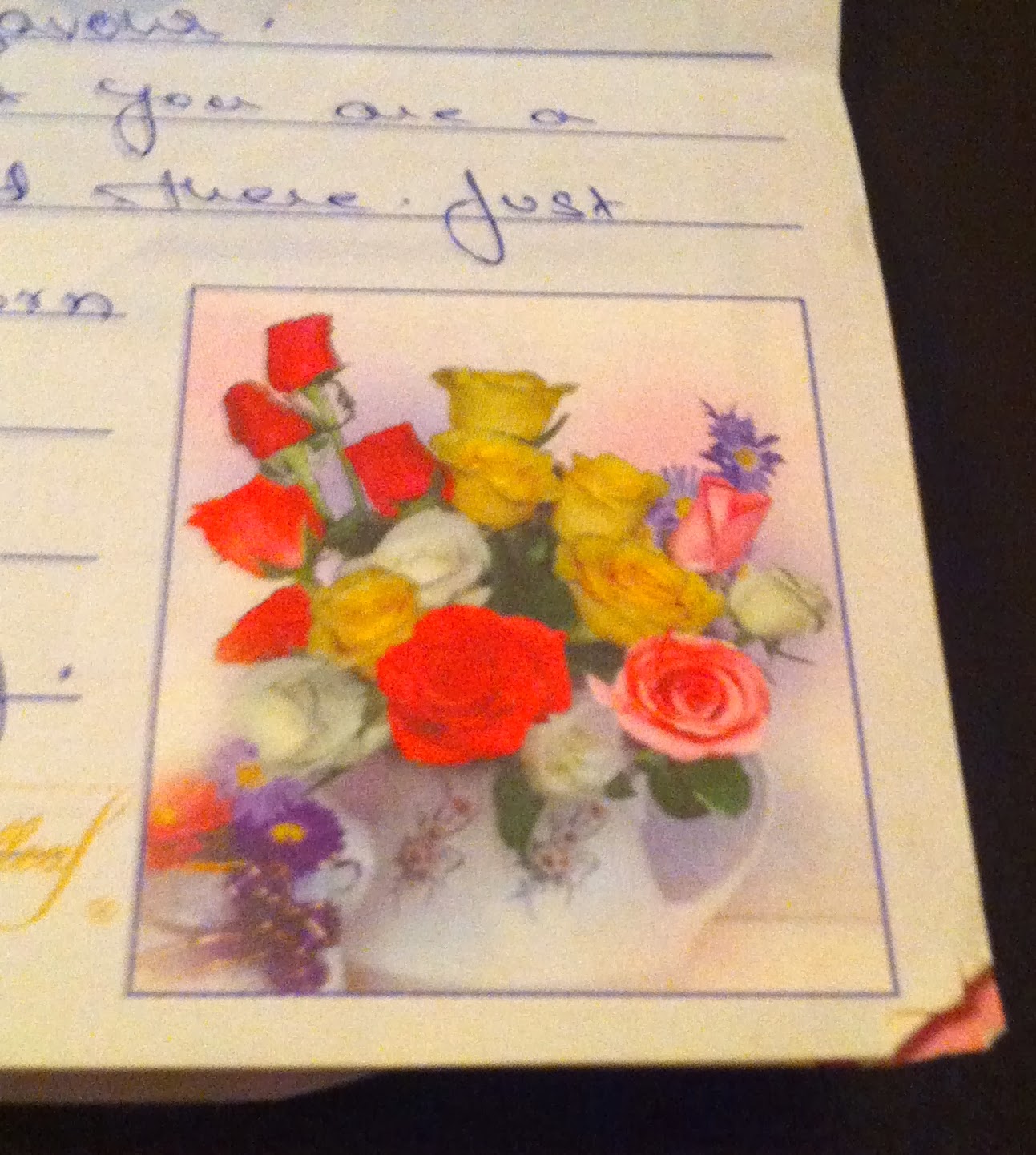 My name and address was written in a tiny scrawl. I opened the envelope and two sheets slid out – words filling them in a slightly slanted, tightly loopy style. I read the letter twice. There is a certain magic in reading a letter written by someone you’ve never met. But I know her. We are a part of a blogging group – and although I’ve never heard her voice or her laughter – I know Janaki as if we’d been next door neighbours for decades. The letter itself was general banter, yet it sealed a bond. There was something so touching in this act of writing a letter. She’d taken the time to get a pretty letter pad. She’d have probably sat on her sofa chewing the pen cap, her cats rubbing themselves against her knee, as she thought ‘what shall I write?’ And best of all, she ended the letter in Kannada – she’d made some chutney pudi for me – but was unable to send it...so I have a standing invitation to visit her. That had me laughing. Of course she is the chutney pudi type. Because I am. I think giving chutney pudi or any pudi for that matter is the pinnacle of friendship.  We two Bengaluru hudugis – had we been in the same city – we’d be swapping bisibelebath pudi to saarina pudi to uppinakayis. I’d have put sandige on her terrace.  We’d have lounged in each other’s verandahs and loafed aimlessly. We’d have done our 5k runs together. 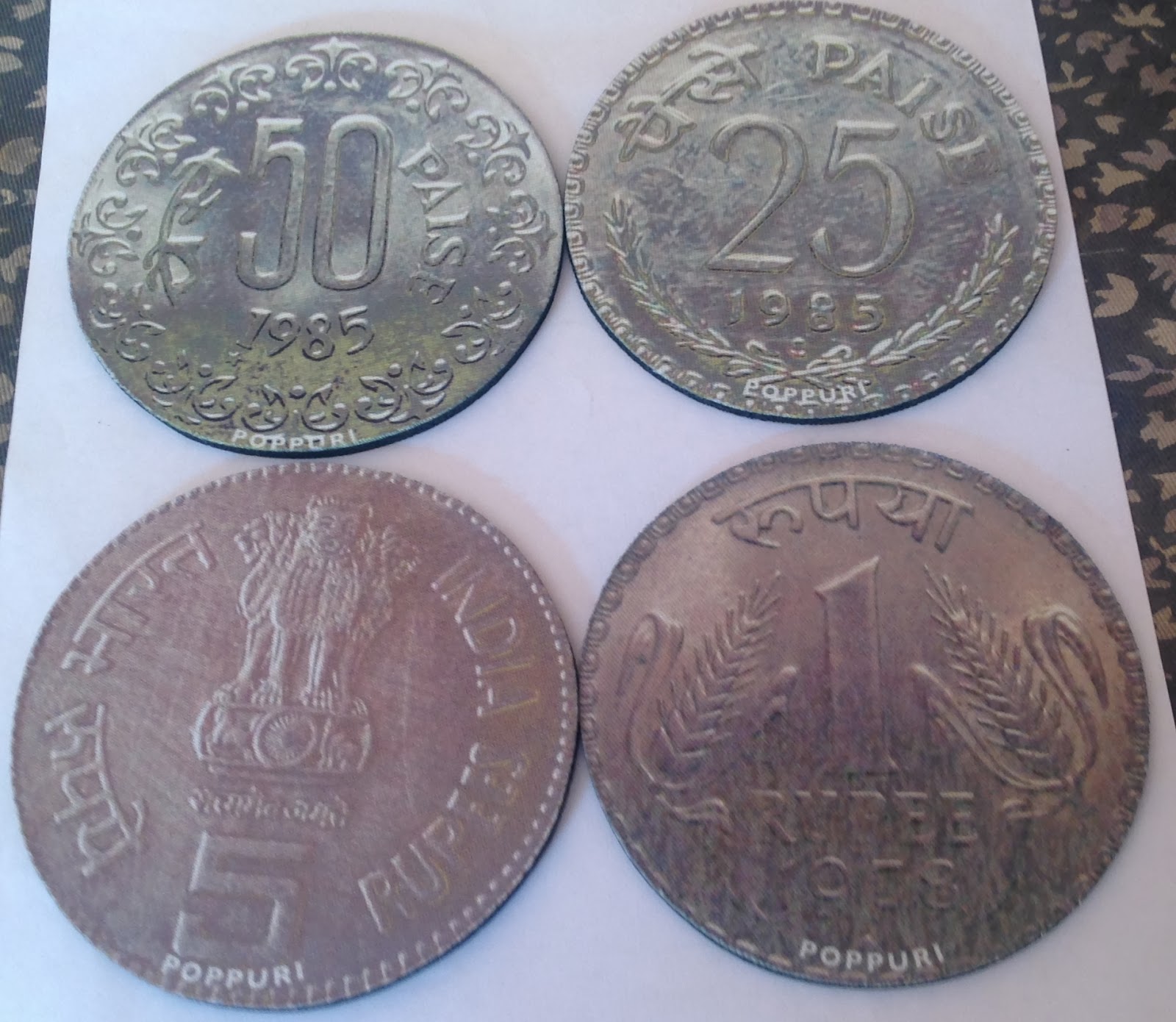 She did send across a lovely gift – coasters shaped as 5, 10, 25 paise coins – because she said “we hold special value to some old things...some memories attached to them”– and it is so true. It did bring back fond memories when we could get many things for nAllakkANi...and you shopped in your own home-woven butti...and the 25p change was so crucial in BTS buses.

This letter-writing thingy was an initiative of this blog group I’m a part of – Indiblogeshwaris is a boisterous group of women bloggers. Generally I’m wary of groups. It is inherent human nature to form groups, and before long hierarchies emerge. With hierarchy comes power play and twats making up silly rules. And I inherently abhor structure, given my antisocial streak. It is a wonder how I finished institutionalised education, and survived in a career. I was a part of a blogging group very briefly – but slunk away quietly – really, group interaction is not my cup of tea...even though a gentleman from the group, a complete stranger, sent me a poem professing his adoration of my smile, and another gent vehemently said he wanted to be ‘frenz’ with me because ‘ur fase is intelizent’. Be still my heart I thought, but I’m a lone wolf when it comes to writing, despite adoration and frenz.

So it was with much hesitation that I stepped into this group. And I surprised myself – I felt right at home. Because the group is structureless, except for a High Priestess. And more importantly, one can be as uncivil as possible – and the best part – no posting your own blog links and pestering people to read it. One fine week, the High Priestess decided we must do something even more fun than we usually do. We decided to set a letter chain rolling – it had to be a hand-written letter...and we could send gifts too. Woohoo.

Now, it was my turn to write a letter. There was no doubt who my recipient would be. Susan. She’s doing her Phd (or is it already done, hon?); she’s been a popular teacher; more importantly, she loves Andy Williams. I initially thought of putting together a card for her. Letter would be a bad idea, I thought. I mean what do I write to her – Janaki The Poet had managed to write some lovely stuff. I was sure I could not write anything sensible. The only thing that came to my mind was, ‘Hi Susan, it is raining here yet again, and my street is underwater. Bye, Susan.’ But the card seemed a bad idea – what if Susan thought I’m a lazy bum who could not even write a letter – she being a teacher, she’d definitely frown on such slothful behaviour.

Ah. Revelation when the pen hangs over the paper. Turns out if one is anti-social, one is also narcissist. Just like the rain, my writing wouldn't stop. Before long, I’d filled up at least 3 A4 sheets back-to-back. I enjoyed shopping for a gift for her. I settled for a single marble tile with a Rajasthani painting. There was a 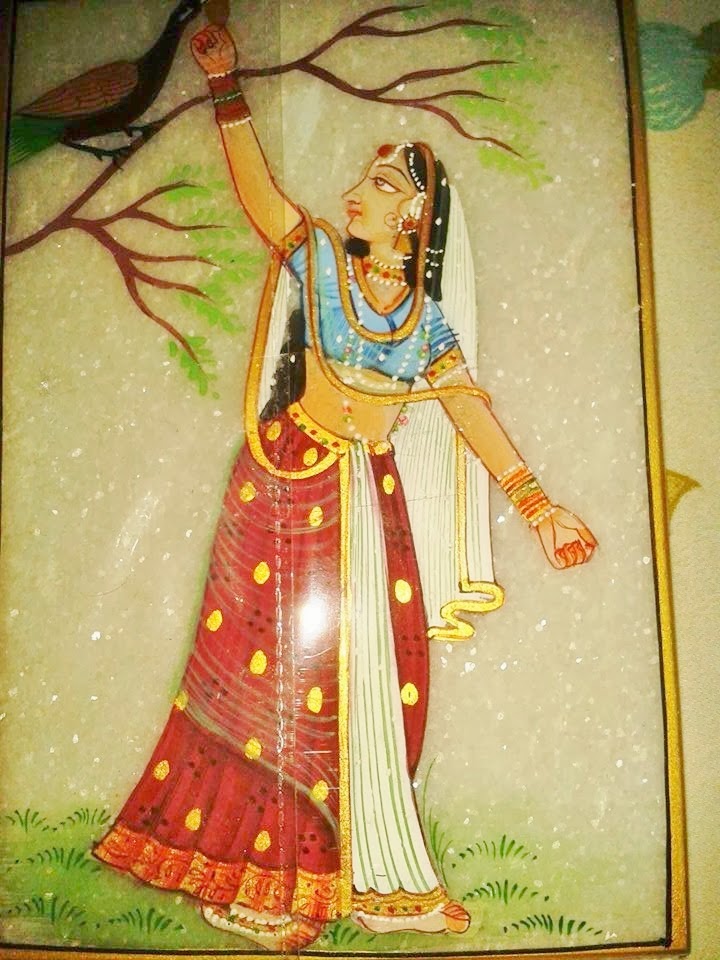 permanence about this marble tile that I associate with Susan – solid, stable, always there. Also, just like the painting, there’s a beauty about her – in her smile (I’ve seen this only in her photos – but it’s the smile that comes to people who are quick to laugh), in her intelligence and in her sensitivity to human conditions (I know this because she wrote to me about her thesis – it blew me away). What an unthinking megalomaniac letter I’d sent to such a lovely person, I fretted. No – what do you like Susan, or what do you want from life Susan. Oh no. It was all Behold Susan – know this about me – and this, and this, and that. Although Susan was quite charming about the whole thing, I suspect she’s planning to move continents just in case I land at her doorstep – you never know with someone like me.

And just when the letter receiving and sending was all winding down and I went back to curling up on the sofa with a paperback, shamelessly neglecting my studies, an email came from a friend with whom I’d lost contact. Nearly two decades had passed – I nearly fell off the sofa. So when we caught up, and I encountered the question, ‘What have you been up to in these 20 years?’ I was flummoxed. Turns out I have no clue where the time went. This is what happens if your vision is only for the day, and you live from book to book; breakfast to breakfast.  Yeah...that's about the only structure I can tolerate. That's why this blog is called 'This & That'.