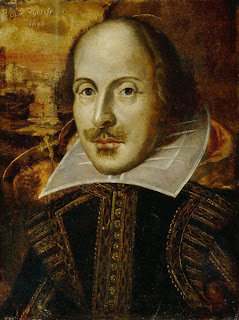 Right from school, the constant emphasis on correct pronunciation, correct grammar, correct tone, correct modulation ... still rings in my head like an irritating calling bell. All of us sounded like Mrs.Marple without exception. But once we stepped out into the big bad world devoid of Mr. Darcy and Holmes and Emma and Lizzie, this outer polish was eroded. English, after all, will always be a foreign language. One can never take out the native tongue from an Indian. I now delightfully slather my English with a dash of Kannada whenever I speak. Something which was done in record time would draw out a "So fast aa?" Or something that went wrong ...yet not so wrong to invite the F word would invite "EEE thu!" At work, the Mrs. Marple's accent was reserved extensively for customer visits.


We have a peculiar love-hate relationship with English. At one point in time, learning English had an elitist value. Putting a child into ‘English medium’ school was as important as vaccinations. Now of course learning English is a necessity; as necessary as brushing one’s teeth. You will not find mums asking other mums if they admitted a child to an English medium school. It’s a given. But even today, there is still a peculiar snob value attached to writing and speaking correct English. In fact, in my opinion, nowhere in the world is a person deemed inferior because he/she cannot communicate in correct English, as is done in India.

Perhaps this attitude has been fostered by corporate India. Agreed, our USP is the large English-speaking youth population; but not all these hundreds and thousands of engineers will be negotiating deals and writing proposals and rubbing shoulders with CxOs. So it has always puzzled me when promotions in technical roles have been stalled citing ‘poor communication skills’. The person in question might have published poetry and novels in a native language, which proves that the communication skills are intact! In the corporate world ‘poor communication skills’ simply means ‘cannot speak/write correct English.’ Pray tell me, why should a hardcore java developer who has a proven track record of building complex software speak correct English? When I say ‘correct’ English – it could be anything ranging from heavy regional accent to faulty grammar! As an organization, should you not look at leveraging on the skills of an employee, and rewarding him/her for the same instead of magnifying non-existent weaknesses?

Once, we had a French customer visiting us. His profile said he had 15 years of experience behind him, and he was the ‘chief architect’ of one of the software modules – a sickeningly complex one at that. When he spoke English, my team and I thought he was speaking a French dialect. We were supposed to discuss an implementation strategy with him. Despite the language barrier, we hit it off – we were after all discussing a technical strategy; amidst rip-roaring laughter thanks to our sign language gimmicks. After he left, one of my colleagues said, “S., I feel sorry I joined an Indian company. I have the same expertise as he does, I have a similar experience as his, both of us have similar English issues...yet, he is miles ahead in his career. I will never get that growth anywhere in India because I cannot speak English like a BBC newsreader.” Sad, but true. Faulty English is attributed to lack of self-confidence, poor communication skills, it negates your professional degree, and you will never pass any interview in India.

I have come across instances where employees stationed at onsite - at client locations, have got poor appraisal ratings in the ‘communications’ department, despite the employee getting glowing accolades from the customer. In my experience, the clients have always been sensitive to the fact that English is not our native tongue, and yet, they appreciate our mastery over it. Their interaction with an Indian employee is not about summing up his/her intelligence based on English speaking skills alone. They respect a person for his/her dedication at work, technical skills and commitment.

Take the way our corporates are traditionally organized. A ‘growth path’ invariably is a vertical movement – and it means you get to lead larger teams, (and therefore do more presentations and maintain more excel sheets). It is a very typical mindset – this idea of power. More people under you, the more powerful you are – more teams, more projects, more departments, more ministry portfolios...and so on. And so, you are considered successful – that you are ‘climbing the corporate ladder’; if you have 75 people under you – and by the next project, this will go up to 125, and therefore, the promotion criteria is fulfilled. ‘Good communication skills’ is a key ingredient for this growth. On the other hand, so what if you are ranked as the world’s 4th best expert on Oracle Financials? You can’t even use powerpoint well to put across your idea. So you will never ever become the CTO!

But then, there are certain areas were English skills are a must – sales and associated roles for example, especially in a global business. During my tenure in a business development support role, I’ve come across such fantastic howlers in some of the business proposals; I almost wanted to start a desi Dilbert strip! During one such routine ‘corrections’ the author of the proposal was so furious with me - ‘how dare I correct his English; he with X number of years experience...etc.etc .’ I was honestly taken aback! I can’t blame him – although I was doing my job of ensuring a faultless proposal gets through. I guess his boss would then write ‘lack of communication skills’ in his appraisal and screw him over.
And of course, the regional accents are an endless source of mirth. One of my Telugu friends was sent to Munich (in the late nineties apparently) – when travel was still popular only to USA. My friend is now famous for asking for a hamburger without ham. He later told me in his inimitable Telugu accent, “What karmamo karma. Yarning money to eatu, but eating only problemu.” He was one of the best TCP/IP experts I have come across! Another senior manager, a Tamilian, had the habit of rhyming all his words. And it would slip out in all possible situations. During a technical demo, he explained to the QA director of a leading US retailer – “If you use these components, writing code-geed is not necessary.” I drew blood biting my lips, trying not to laugh. He had several such rhymes – “What ya? Not going for this trip-gip and all aa?” or “This component-geemponent is too techie for sales guys ya.”

And of course, ironically, the only Brits I can understand are probably Hugh Grant and Daniel Craig, apart from the BBC folks. The early days in UK were a real struggle. I remember one such incident. I’d been to a convenience store for a regular grocery trip. The guy behind the counter was a desi chap – a Punjabi dude...probably second/third generation immigrant. As I was fishing for my credit card, he said ‘June-ee-baa?’ I looked up. I thought he was speaking in Punjabi to someone. But I saw him looking at me. “I’m sorry?” I said, puzzled.

Now I was embarrassed. Was almost about to say “Abe hindi mein bol na!” when he held up a plastic carry bag. Then it struck me. He was asking “Do you need a bag?”

“No, thank you. I don’t NEED A BAG,” I replied politely with all the Mrs.Marple accent I could muster.


All said and done...English is a beautiful language. And let’s have it that way. Let’s not make English a measure of one’s communication ability in corporate India.